This week raising awareness of feedback, the different forms of feedback and its impact on the students’ academic as well as professional development was on the agenda. I wanted to ensure the students would gain some understanding of how feedback works not only from their perspective but also from the perspective of academic staff. Yes, I used balloons. Of course! What else. So the session was planned with the following scenario:

The students were then given 5 minutes time and permanent markers to style their balloons for passing the Balloon Academy. This were some of the results: 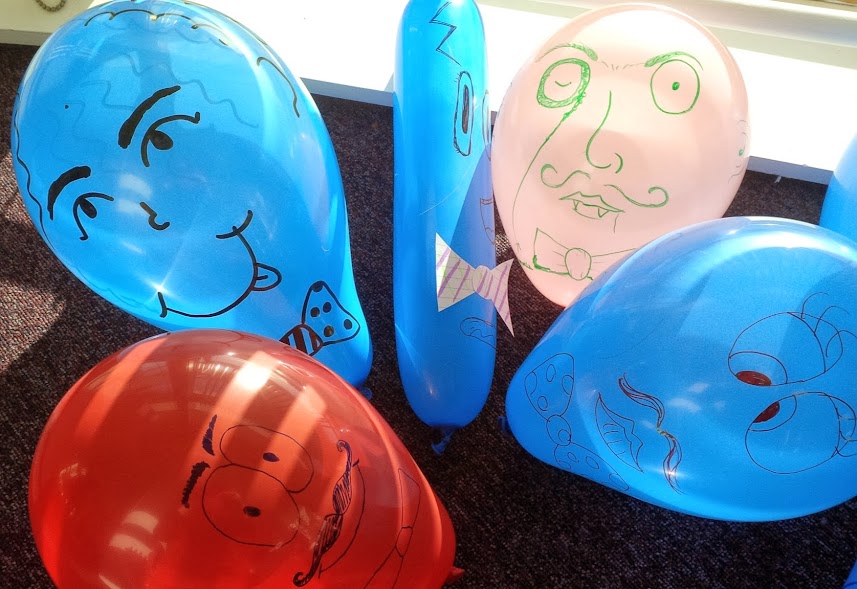 I then asked the groups to pass their Balloons to the group to their left. So each group had a different balloon, they then had to feed back if the balloon would pass Balloon Academy based on the provided criteria. The exercise was not as straight forward as one might expect. The following candidate failed the academy, because the instructions said ‘eyes’ but the candidate only had one eye and an eye patch. This judgement triggered discussions about the meaning of ‘eyes’ and if we know if there is an eye underneath the patch, issues of discrimination and disability emerged in the discussion.

Other balloons were failed because the examiners thought that not enough effort was put into the task of passing. The reason for the poor following candidate was unexciting freestyle form and there was so much more that could have been done. Raising the dilemma, that technically the balloon passed all criteria and only in comparison with others, the performance of this candidate seemed weak. 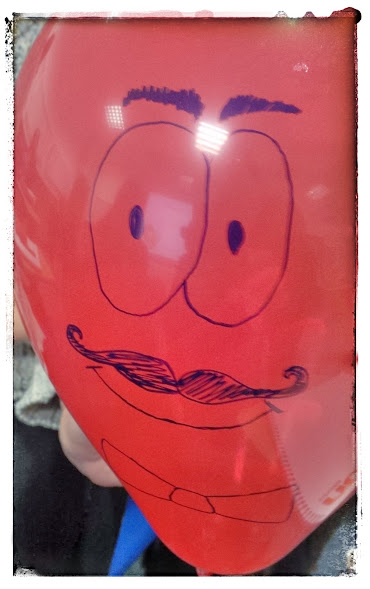 The feedback session even raised gender issues and again issues of discrimination. The following candidate for the Balloon Academy was judged to fail by the feedback group, but vetoed for pass by the rest of the class. The veto was given because the class thought that the judgement was biased and discriminatory. The judgement: the balloon has a mustache, but female eyelashes, therefore it does not offer clear communication (about gender). Keep in mind at this point of the exercise I did not lead or steer the discussion in any way other than asking: ‘What do you think? Is there something else?’

I should probably add that all the discussion was led in good humour and with a lot of banter.

Once the judgement was out on all candidates, I pulled the discussion back to focus on feedback; highlighting to the students that three simple criteria and one freestyle exercise could end in such different and various results. I also pointed out that all the balloons have different colours, shapes and sizes, equating this to the different learners and learner identities but they all managed more or less to apply the necessary criteria to pass. Last but not least the students commented on how difficult in some cases the judgement for pass or fail was, despite the straight forward simple criteria. I related these comments to the experience of academic staff when engaging in the feedback process. Encouraging the students to consider: how much thought has to go into making a just judgement and providing valuable feedback.

Now I save the best for last my favourite was the following candidate because it is Halloween week:

Yes, one group made an actual paper bow tie!

This site uses Akismet to reduce spam. Learn how your comment data is processed.